I document more fbi crimes against me 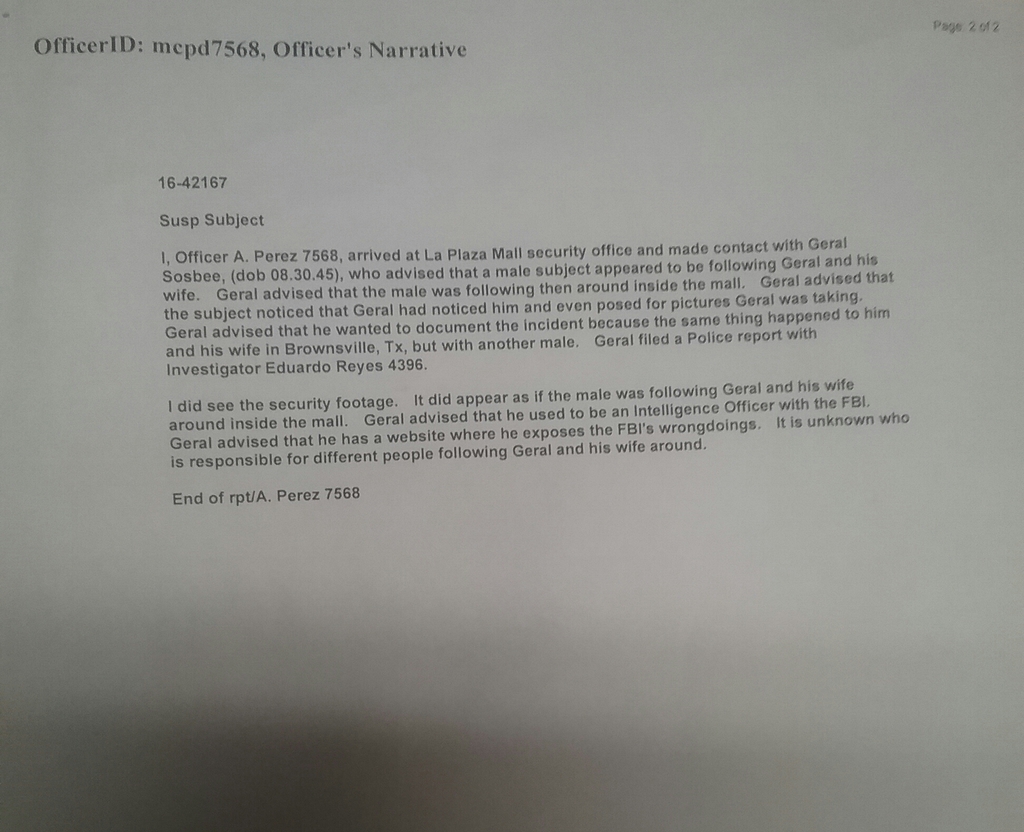 I document more crimes against me by fbi operatives and agents:

Below I reference two police reports of criminal stalking of me by fbi operatives. In the first report (see attached copy of report by Officer Perez)
the police in fact confirm my report. In the second report to the McAllen Police Department eight years previously the police falsify the report and obstruct justice.

1)
This is the USA that I defended:

McAllen, Texas police confirm my report of a thug/provocateur (presumably fbi operative) stalking and harassing me and my wife in the mall. From Police case #16-42167 the police officer wrote in the report as follows: "I did see the security footage. It did appear as if the male was following Geral and his wife around inside the mall."

2)
Police Department in McAllen Texas cover up crimes committed against me by fbi thug/operatives:

Conclusion:
The fbi in the 2016 crime was not able to corrupt Officer Perez,
but in the 2008 crime referenced above and in the Posada case in Brownsville Texas (mentioned below) the police were apparently corrupted by the fbi assassins.

So, any objective reading of my reports can only conclude that the fbi commits crimes against me and the police cover them up.