fbi corrupts law and order and all agencies of government, tripartite

Dear gentlemen,
This letter is sent to the above recipients for the following purposes:

To the Secretary of State: I request that an inquiry be made at the Cameron County District Attorney’s (DA) office as to why that office refuses to inquire into the crimes committed by police officers against me and my wife as set forth below.

To Rep. René O. Oliveira: I request that the office of the DA Luis Saenz, at the address shown below, be contacted in order that his office might perform its legal duty to investigate crimes by the Brownsville, Texas Police Department (BPD).

To the Texas Attorney General Paxton: I request that the BPD, the Cameron County District Attorney Luis Saenz and his investigators, police officers Adrian Posada, Rolando Vasquez, James Paschal, et. al., be ordered to comply with the Texas Open Records Act regarding the AG file number referenced above.

Specifically, Commander Paschal admitted to me that he investigated my report of vandalism (as set forth herein) and that he agrees that my report is factually correct and that Detective Posada’s report is wrong on a number of issues; Officer Paschal promised to send me a written report via email within twenty four hour, but he did not keep his promise. The DA is in receipt of emails from me on the crimes and cover ups committed by the BPD and their associates (who are fbi operatives engaged in felonies against me), and he now pretends that this matter is of no interest to him or his office.

Evidence also suggests that the DA or his investigator contacted the fbi who in turn discouraged the DA from investigating the crimes by the BPD; on this link I show that just after I visited in person with the DA, the fbi came to my website as a kind of usual notice that they are in touch with the DA in efforts to slander me:
http://sosbeevfbi.ning.com/profiles/blogs/fbi-has-destroyed-america...


My brief statement below is followed by additional background data in the link:
Over the past decade the fbi in its vendetta has committed a long string of crimes against me (some unprecedented in human affairs), my wife and our property. The crimes involve felonies committed by fbi operatives and include attempted murder, assaults and battery, destruction of my cars and other offenses set forth in my affidavit 2007 online.

Recently, I and my wife are able to gather evidence of felony stalking and vandalism of our car; when we tried to file a police report on November 20, 2015, at the BPD, Detective Posada intentionally failed to take the report and he threatened me and my wife by intimidation with these words, “ Filing a false police report is a crime.” He also impugned my sanity and my veracity by direct absurd statements to “take your medicine.”

Subsequently, Detective Posada wrote a false report on the incident on orders from his police lieutenant to put something in the file.

I then investigated Posada’s false police report and I confirmed that in fact Posada intentionally wrote a false police report to cover up his original cover up of the crime that I and my wife tried to file with him. His own commander, James Paschal, admits that the Posada actions and inactions are wrong.

For additional background data please see the following link , the contents of which are already in the possession of the AG and the DA.

Please note that the DA now refuses to open a public integrity case on Posada and the DA investigator, George Delaunay, refuses to talk with me on the crimes that I document against the BPD and its officers.

I regret the necessity that compels me to conclude as follows: All parties to this matter including the high level police, the DA and his staff, the AG, the US Attorney, et.al., are now on record as yielding to the very criminals in the fbi who commit serious crimes against me and my wife with total impunity. Those officials who take no action thereby impliedly grant the fbi assassins the right to continue their extreme offenses against me and my wife.
I consider all such individuals as traitors and cowards.

I request a reply from each recipient of this letter.


I certify that I send this date a copy of this letter via US mail to the following individuals:
Luis V. Saenz 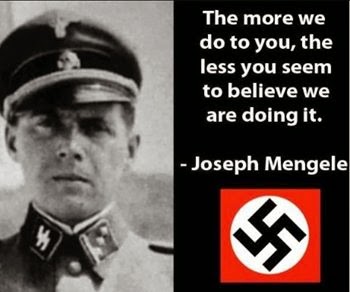 Comment by geral sosbee on February 1, 2016 at 2:20pm
After I posted the above report, I filed a complaint against the DA with the Chief Disciplinary Counsel of the State of Texas.