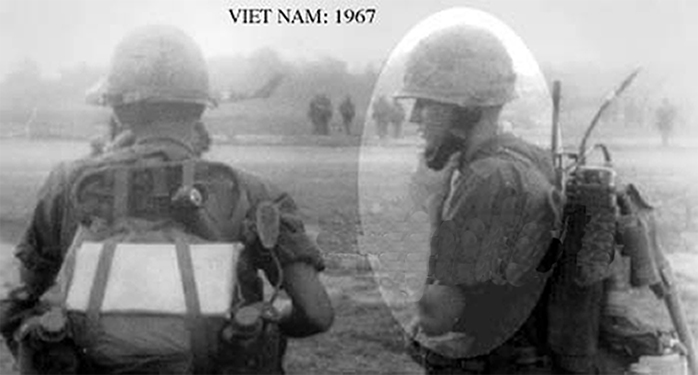 This report is directed to the following governmental  misfits and institutional thugs in their respective associations as listed below, and is submitted to counter the false remarks by anonymous fbi operatives and agents who try to discredit a biography written on my life by *Mr. CLIFF HUYLEBROECK. Note that the the big four, GOOGLE/ BING/ YAHOO/ FACEBOOK, all block or hide the HUYLEBROECK  biography AND all accept as fact the fbi’s fraudulent efforts to discredit because these social media and search engine titans  are controlled by the very  torturers and assassins who have terrorized me and others  for decades:

Fbi, cia, dod, army, congress, courts, fbi assassins such as named below, USPI Trey Knipfing (a man who , ignoring all the crimes committed against me by the fbi for decades, threatened me and my wife  in my face in my home for my criticism of the US Army and for a crime he knows that  I could not have possibly committed) and his side kick Conrad Rodriguez (Texas DPS), cops: Wilson, Bleier, Posada, etc. and all who have and continue today to assault me.Google, Yahoo, Bing, Facebook (‘GYBF’)

The biography written by Mr. Huylebroeck reflects many events in my life and also shows  Mr. Huylebroeck's  interpretation of my service to the USA in the US Army. He uses the phrase,  “decorated Viet Nam war veteran” because he considers that description to be accurate as per my DD214 Army form.

Now enter the GYBF and their cohorts at fbi who claim that GERAL SOSBEE was not decorated.

The record shows that I have never made a claim to have been decorated; indeed, on the second ** link shown below I set out from the beginning the exact trinkets delivered to me by the US Army via US mail. The awards speak for themselves.

However, any man who served in combat on the battlefield with boots on the ground in the face of the enemy and in the most adverse circumstances of war is as worthy of a so-called decoration as any other soldier in service to the USA for any other proclaimed reason of demonstrated valor or heroism.

Today, many veterans (including combat vets) return home to be treated as criminals and human experimentees; they often kill themselves, or are homeless and unemployed and are left on the streets as vagrants. Meanwhile, the USA pays big salaries to fbi assassins, thugs and agents who engage in unconscionable offenses against our veterans,  as I have outlined for decades. Now these same fbi hooligans have the audacity to appear online to verbally attack this combat veteran who is also a fbi whistleblower. See the links below where fbi anonymous assassins fraudulently and falsely exclaim that, as GERAL SOSBEE is a combat veteran “he is therefore a murderer and a possible mass murderer”; then see in another context where the fbi assassins and torturers of GERAL SOSBEE tell him to “kill yourself” and absurdly state that SOSBEE received no army awards.


Such is the state of the USA today: a nation in crisis because no man of conscience  accepts the murderous agenda of the psychopaths and cowards who presume to rule this nation. So, let the record show that the US Army, the fbi, the quislings of congress and the courts, etc., all contribute to the unconscionable denigration of the very men who made the fbi and their colleagues'  ascent to power  possible: the combat veterans and soldiers of the US Army.


Finally,no decoration is needed because


1) no one is qualified to deliver a decoration to the brave, patriotic men who were lied to and sent into battle to suffer and die for a corrupt nation that knows not the meaning of bravery, nor of military service.


2) the men who served in army combat are the ultimate and perhaps last examples of heroes in the USA  and any alleged decoration that seeks to elevate such a man falls short in this  country because only the combat war veteran himself knows the meaning of his unequalled sacrifices and because this country does deserve such men.

• The award of the Combat Infantry Badge and Combat Action Badge.

The CIB was established at the dawn of World War II, and today is authorized for Infantry and Special Forces soldiers in the ranks of colonel and below who engage in active ground combat while serving with an infantry, Special Forces or Ranger units at the brigade-level or below.

“The links to your 214 just prove you didn't receive any individual awards whatsoever.”

Millions upon millions of dollars and man hours wasted watching this imbecile and no results. What in the world justifies spending so much time and money watching this goober? They must think that he is planning an act of terrorism, or maybe he is getting ready to shoot up a school or theater. I think it is time to find out what the fbi knows about geral, and why he is such a danger to the public. He is obviously mentally incompetent, so maybe, just maybe another mass murder will be prevented by this surveillance. “

Facebook now blocks the following link and also joins with Google, Yahoo, Bing in hiding and removing the link from search engines:

Here is the phony reason provided by Facebook for blocking the biography.:

"The content you're trying to share includes a link that our security systems detected to be unsafe:

Please remove this link to continue.

Finally, here is my report on the unethical conduct by the big FOUR (Facebook, Google, Yahoo and Bing) in concert with the traitors and assassins of fbi: