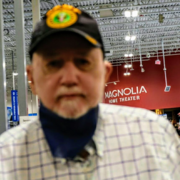 In  startling developments the fbi sends an anonymous fbi operative online (Abu-Jamal, aka, paint me doubtful)to fraudulently label this fbi whistle blower http://www.sosbeevfbi.com/affidavit2007.html
and United States combat war vet as *"murderer" and in a different post as a possible
**mass murderer.

Additionally, the fbi in its desperation to silence this former fbi agent commits a crime in Dallas, Texas, plants the name G Sosbee at the scene of the crime and thereby causes federal and state agents to descend on Sosbee's home in a fraudulent fishing expedition; at the same time the fbi orchestrates the menacing presence of a police officer for obscure purposes:

Meanwhile, as an apparent response to this report, the fbi continues & intensifies assaults on Geral Sosbee 24/7 via directed energy weaponry as set forth here (note that the fbi now resumes DEW-sleep deprivation attacks on my wife):

Also, as I have previously reported the fbi continues to vandalisze my car by driving nails into the tires, etc.

For all who use the internet to post messages, or who otherwise use emails, be aware that the fbi hacks into my emails and hacks my messages as I type them for posting on various news boards. The most recent example of such changing of my text is as follows: The fbi changed the phrase "fishing expedition" to read "fish hunting expedition" on my recent reports online. Then, the fbi routinely sends their operatives to clam that my spelling and text are of poor quality.

All service members should take note that service to this nation in a combat
role in any war or conflict subjects the veteran to wild slander and libel by
the USA intelligence community.