The fbi is a threat to national security 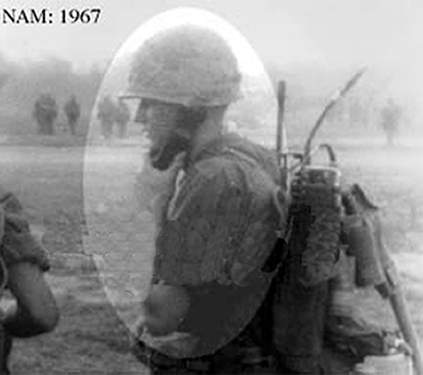 This report presents to the public evidence that the fbi is a direct threat to the security of the United States for the following reasons:
The fbi acts as a federal MAFIA who engage in false arrest, fabrication & suppression of evidence, torture, threats, forced bankruptcy & homelessness, attempted murder and various other terrorist assaults against political and ideological critics such as me.
Anyone who serves in the United States armed forces and returns to expose atrocities by the fbi/cia/dod is subject to being treated as a prisoner of war in the very nation that he served.
https://www.academia.edu/14337221/what_would_you_do_if
Thus, as the information of the total corruption of the fbi becomes known, many citizens may question the utility of their own service because they risk injury/death for a nation that disrespects all human life; further, such persons will most certainly be on guard against the intelligence community upon return home from the war.
My service:
http://www.sosbeevfbi.com/geralsosbeearmyf.html
The fbi history book:
http://www.sosbeevfbi.com/historybook.html
Below is additional evidence on the criminal activities of the very law enforcement agency, the fbi, who are responsible for protecting our rights as human beings and as citizens of the United States. For more data on the unconscionable crimes against me see "My Story In Detail" and associated reports online.
-
Evidence of the fbi's threat to national security of the USA by attacking those of us who serve in war:
fbi operatives come online and falsely allege that this veteran is a murderer as a result of his service to his country in combat; then, the same fbi thug tells the world that this veteran is a possible mass murderer:
http://austin.indymedia.org/article/2014/03/01/cointel-program-fbi-...
Local police threaten to arrest me, even as they engage in multiple crimes against my person:
http://www.sosbeevfbi.com/part19b-updatefo.html
and parts 19, a, c, showing how the fbi tortures this vet 24/7 for life.
Medical doctor, now a VA doctor, issues a false report:
http://www.sosbeevfbi.com/part20-updatefor.html
Federal & State cops threaten me in my face, in my home:
http://www.sosbeevfbi.com/letterfrompostal.html
My notice 15 years ago on the threat to national security posed by fbi:
"The primary focus of this website (sosbeevfbi.com) is on the threat to National Security of the United States (and the accompanying assault on Humanity) by corrupt and criminal agents of the fbi and the cia. The incompetence and lack of leadership in the fbi coupled with the ever increasing fbi abuses of power within the context of the emerging fbi/cia sponsored global fascist state foreshadow a new wave of human rights abuses (such as arbitrary killings, imprisonings and torturings of good people around the world) and such atrocities are known only to the few surviving victims and to maniacal government agents and operatives functioning subsurface in countries controlled by the centralized fascist state. The fbi's abandonment of respect for constitutional rights of citizens is reflected across the nation by incidents of fbi misconduct and criminal activity; all law enforcement agencies follow fbi dual standards of unbridled arrogance and accelerating decadence. The growing chasm of distrust between the people and traitorous government agents threatens the very fabric of our constitutional government."
http://www.sosbeevfbi.com/

Most media fear the fbi, thereby supporting their atrocities: