Many articles on the topic of government stalking programs globally have been  hacked and deleted by fbi/cia/mi6/mossad/surete/SS et. al to  prevent the public from learning more about torture, forced suicide and assassination programs; gangstalking and murder events as excellently  reported by  Mr. Cliff Huylebroeck  (and others) are deleted from the Internet by the  same government hoodlums in the intelligence community.

I am grateful to CLIFF and the readers are indebted to him for all of his tedious work on behalf of Targeted Individuals everywhere.

The biography of GERAL W SOSBEE written by CLIFF HUYLEBROECK  is also deleted, but I recreate some of his work as shown below.

From the book Society of former special agents of the Federal Bureau Of Investigation, published in 1996 by Turner Publishing Company:

He’s certified to instruct at the FBI academy.
Things went sour when he disagreed about the arrest of a suspect.
This case became a precedent.
It’s still being used to falsely imprison innocent people.

He was bullied out of his job.

He became Doctor of Jurisprudence at Texas Tech University.

On this website, there are about 250 pages and 2,000 images that document his efforts to get his situation resolved before a court.

In this case the reason for the harassment is clear. When he tried to help Rodriguez, it was clear that he might help a target, but their system doesn’t work if there are people who help targets, so he had to be terminated.

He describes his experience of serving the U.S. Government.

I served in the Army during the Viet Nam War; upon return I also served the FBI as a Special Agent. My service in the FBI was terminated after I reported crimes by the FBI.

Subsequently the FBI began an extreme vendetta against me toward the goal of incapacitating or killing me. Additionally, the directed energy and other assaults by the FBI aggravated the injuries I sustained in Viet Nam in 1967, including injuries associated with Agent Orange.

The FBI also added insult to injuries by mocking the service connected injuries that were and are today disabling; the FBI sent insulting messages to me regarding the injuries, even while the criminal assaults against me by the FBI continue to date for over a decade.

I realize that the Army does not care about my reports of FBI/CIA crimes against me; however, the young men and women who seek to serve their nation might care if they cannot determine which United States Of America that they are considering serving: the real United States of America, or the overthrown fascist dictatorship USA held in hostage by the intel services (FBI/CIA).

He believes that the Mafia has infiltrated the FBI and CIA.
In this way they are responsible for gang stalking and electronic harassment.

The FBI parades Mafia murderers around the FBI academy for the education of their agents, police, etc. The Mafia serial killers (hit men) are homicidal sociopaths and are often in the witness protection program; the FBI learns from them how the Mafia uses violent, deadly and inhumane practices against Targets.

Never co-operate with secret services. The first thing they do is turn you into a murderer (by making you accessory to their crimes).

He wrote about psychological operations against a targeted person.

As we are born into a complex world that changes from moment to moment in terms of advances in technology, science, law, and contemporary standards for human conduct, no single individual can keep abreast of all the strictures (or expectations) that are brought to bear on our modern lives; even though we may think that we are experts in our own culture, we are not. Medical doctors do not know all the answers associated with causes for illnesses and diseases; lawyers often have no fast clue to finding remedies for legal issues that evolve from fast changing social mores; engineers and scientists must forever adjust design and focus of their work to deal with ever changing technologies, new discoveries and emerging societal forces and human needs.

The average individual human being may at times find himself adrift in an unfamiliar and alien sea filled with incalculable dangers. We have discovered that we cannot always cope with the stresses that we encounter on a daily basis. Returning war vets, or otherwise traumatized persons sometimes seek advice, treatment and comfort to ease medical conditions or psychological pressures. When no effective assistance is available, some of our fellow citizens may suffer, collapse and die, even while we watch on some popular cop or quasi news shows. In extreme cases the confused or disoriented citizen is imprisoned, tortured, forced into suicide, or shot dead by the very same government agents who pretend to defend our liberties.

This is an important point because no one among us is immune to neurosis when tragedy strikes. We should therefore reconsider our societal relationship with those we condemn (to prison or death), lest we abruptly someday join their numbers. Actions against a citizen by government agents and their citizen action committees often provoke the Target into wild conduct; such intentional assaults are intended to cause the Target to respond violently so that he may be arrested or killed.

We see examples of this on our streets almost daily; and I have presented numerous instances of such intentional provocations in many of my reports. Further, no attention is focused on psychological operations against a targeted person even though a growing number of persons worldwide now testify that they are targeted by ruthless and painful campaigns. No law exists that may stop the type of violent activities in which the FBI and the CIA engage regularly against their Targets, foreign and domestic. Even civil court judges routinely ignore the criminal actions of police and FBI against the accused. Thus the person portrayed as a madman on some TV shows is in reality a product of a corrupt public policy standard that authorizes the torture, imprisonment and killing of a given Target.

Qualified as attorney and counselor for the Supreme Court: 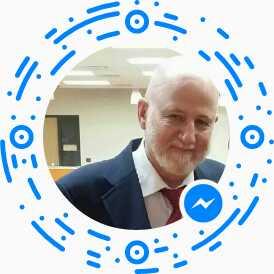 Here is the link to the original biography which fbi and Facebook hacked and deleted: