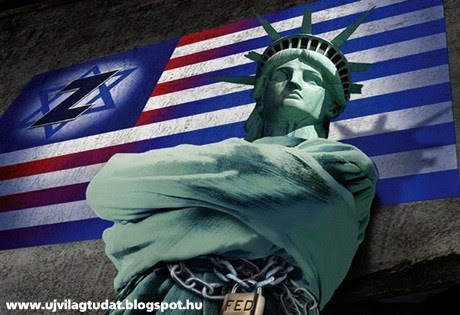 * America held hostage and the world is waiting to be similarly overtaken.

Millions have been killed by wars, conflicts, assassinations and mass murders perpetrated by the USA, Germany, etc.

-
Today, the slaughter advances with simultaneous applications of high tech methods for killing human beings. The end of inhumane government is no where in sight. Mankind must nevertheless be saved from itself.

We who yet live, though under vicious attack, have our own universal weapon in defense of mankind: God's Truth.

Our medium is working now 24/7/365, even as the fbi/cia seek to shut down the open access to the internet. The cimes against humanity as commited by the fbi/ca are mainly hidden by the media, but our efforts also ucover the mass media corruption.

The DEW assaults and other unconscionable methods used by fbi and company to rob of us of our innate rights bestowed on us by our Maker is now known, by virtue of our labors, the world over, as is the USA goal of world inhumane domination at any cost. So, the enemies of truth strike out at us even more than before.

However, not just the lives of whistleblowers and dissidents are hijacked/destroyed, but America is held hostage and the world is also under seige by the awful forces that we chronicle.

Our work, therefore, is not in vain because we have laid the groundwork and the cornerstone for an awakening, a renaissance, of the glorious human intellect such as never blossomed before. The ruthless and bestial war lords assume that their power over man cannot be questioned. We here ( together helping one another ) prove that the primary human instinct is benevolent, not evil; and in the end we, not they prevail.

We strive endlessly toward the goal of ending war, ending violence among men, and ending man's inhumanity to man.

One of my papers with links to others: