The fbi continues to hack into my site and delete or change data. Here is another example:

The fbi hacked into my site (www.sosbeevfbi.com) and entered the following wrong spelling of my name:
Geras Socbee
page…
Continue

Accountability for atrocities committed in this age

All who have assisted the assassins of the fbi in the hijacking of my life, the torture and attempts to kill me (all of such atrocities continue to date) have made history which will be studied for a century or more for this reason:
Civilization requires accountability for the madness of this age and my work (and that of others similarly situated globally) serve as a flashlight on the decadence and insanity of the…
Continue

Picture and hear the still sad music of humanity in the lives of many today as forced on the people of the world by the murderous government of the United States of America, as such misanthropy is distinguished from the occasionally demonstrated  efforts of some human beings who try come together, however momentarily,  in search of a sense of shared joy  and common purpose. …

USA, a government of criminals

Criminals in all branches and departments of the usa government ignore the murder/torture, suffering and slow deaths/forced suicides

committed against  or imposed upon their own people by government thugs and assassins.

The devastating effects of the… 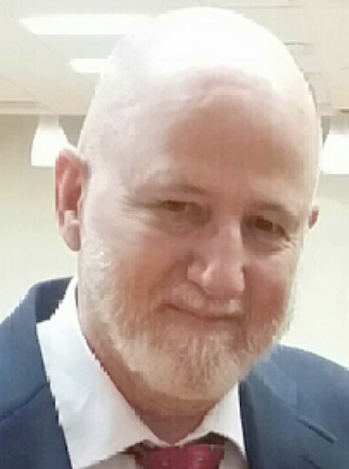 The criminal justice system in the United States is hopelessly corrupt and must be removed from our lives. Those who earn a living from prosecuting, harassing, imprisoning, torturing, and killing our people are delusional in thinking that they serve the interest of society. US attorneys, District Attorneys, State Attorneys, etc., seem to believe that they have no (ZERO)…
Continue

Many vet groups are not helpful

I sent the *request shown below to the following vet representative, Michael Gifford, of 'onbehalfdotorg' who replied , "NO". Note that I am a 60% disabled combat vet of Viet Nam.
Continue

Fbi now swoops in to:

and fraudulently deletes nearly all of my recent reports labeling same as ‘spam’ as shown here:

Notice to all who read my material

This notice is prompted by the violence directed at me by the fbi in their efforts to intimidate, threaten, or silence me.

Notice to all who read my reports on the evil of the United States of America (USA), as spearheaded by the fbi,cia,dod,police, etc.: I have no interest in violence, nor do I seek any form of vengeance against those who torture and try to…

descent into the abyss

America crumbles under the weight of uncontrolled, murderous corruption and, as the majority of people don't care about the progress & enlightenment of future generations, an evil & hideous force rises to dictate the worst imaginable destiny of our misguided species.

See evidence that the fbi (and company) spearhead the descent of this nation into quasi hell and at the same time exemplify in their daily macabre operations, the worst, the most bestial and ominously the most… Continue

Avoid Thailand At Risk of Death

Avoid Thailand where many individuals are murdered as a result of ...

For 25 years and globally the fbi has tortured, hounded, threatened and tried to end my life. Fbi thugs, sociopaths and assassins pursued me with hundreds of their sick associates continuing to date. Millions of dollars (about 30 million) are wasted by the fbi in this illegal & inhumane campaign to silence just me.

I am one; so in theory the math associated with the fbi assaults might… Continue

Supreme irony: go to war, return as pow by those who sent you into battle

We * fought our country's battles on land, sea and air,
only to return home as high tech POWs by the very low hoodlums who sent us off to fight for this now overthrown USA.

failure of media is criminal

No subjects demand more attention from the press & all media than fbi/cia/police continuing crimes of torture, imprisonment, forced suicide, and murder of our prople; yet, the biggest voices and most prominent news men of our time pretend that no such atrocities exist. To all of them I say "you are cowardly accessories to murder, mayhem and high crimes perpetrated on your behalf by the most despicable sub humans and quasi monsters ever to live on earth (fbi and company)."
Furthermore,… Continue

The fbi/cia seek to control all NATO countries, etc.

Our world is run by evil incarnate in the fbi,cia, dod, police  and all who support their murderous…

Our world is run by evil incarnate in the fbi,cia, dod, police and all who support their murderous offenses against humanity & against our Maker.
Psychological Operations Are Quite Diabolic:


A New Holocaust Is… Continue

The fbi assaults on me today reach a peak in terms of psychological & physical torture, including incapacitating DEW attacks and despicable mind games.
Here are a few links to my responses; note that the names of private citizens who assist the fbi (and who are thereby accomplices to the atrocities that are committed) are mentioned, or referenced on many pages of my online work. These people include doctors, dentists, lawyers and other 'respectable' & 'law abiding' members of the… Continue

Geral Sosbee, POW, held hostage in open, by cowards & traitors in the fbi:

I defended this evil nation:…

I have renewed my FOIA request with the US Postal Service and the US Postal Inspector for a copy of their fraudulent investigation of me for a crime committed by the fbi. The US PI continues year after year to refuse
my lawful request as though to threaten me
indefinitely with a continuing criminal investigation on behalf of their assassin/buddies in fbi .
Here is the background of the phony and harassing actions of the USPI against me:… Continue